Jamie Carragher has admitted Liverpool made a “massive mistake” by supporting Luis Suarez in wearing t-shirts depicting the former Reds forward after he was accused of racism against Manchester United’s Patrice Evra.Suarez was charged with racially abusing Evra following an October 2011 clash between Liverpool and Manchester United at Anfield.The club stood behind the forward immediately after, saying that they would “remain fully supportive” of the striker following the accusations. Article continues below Editors’ Picks Ox-rated! Dream night in Genk for Liverpool ace after injury nightmare Messi a man for all Champions League seasons – but will this really be Barcelona’s? Are Chelsea this season’s Ajax? Super-subs Batshuayi & Pulisic show Blues can dare to dream Time for another transfer? Giroud’s Chelsea spell set to end like his Arsenal career Suarez was eventually handed an eight-match ban and a £40,000 fine for racially abusing Evra, and the forward avoided shaking the defender’s hand prior to the next meeting between Liverpool and United.Before Liverpool’s match against Wigan the day after Suarez’s punishment from the FA was announced, the Reds, including manager Kenny Dalglish, donned shirts in support of the striker, drawing plenty of criticism in the process.Carragher admits that he’s now embarrassed by the incident, and apologised to Evra while adding that he should have taken a leadership role and told his team-mates not to wear the shirts.”There’s no doubt we made a massive mistake that was obvious,” Carragher said on Sky Sports.”It was an evening game and, because it was Wigan, we travelled there on the day of the game. We got there, had our lunch and then we had a team meeting.” just remember in the team meeting, I don’t know whether it was the manager (Kenny Dalglish) or Steve Clarke asking one of the players: ‘Are you still wearing the shirts?’ That was the first I had heard of it. 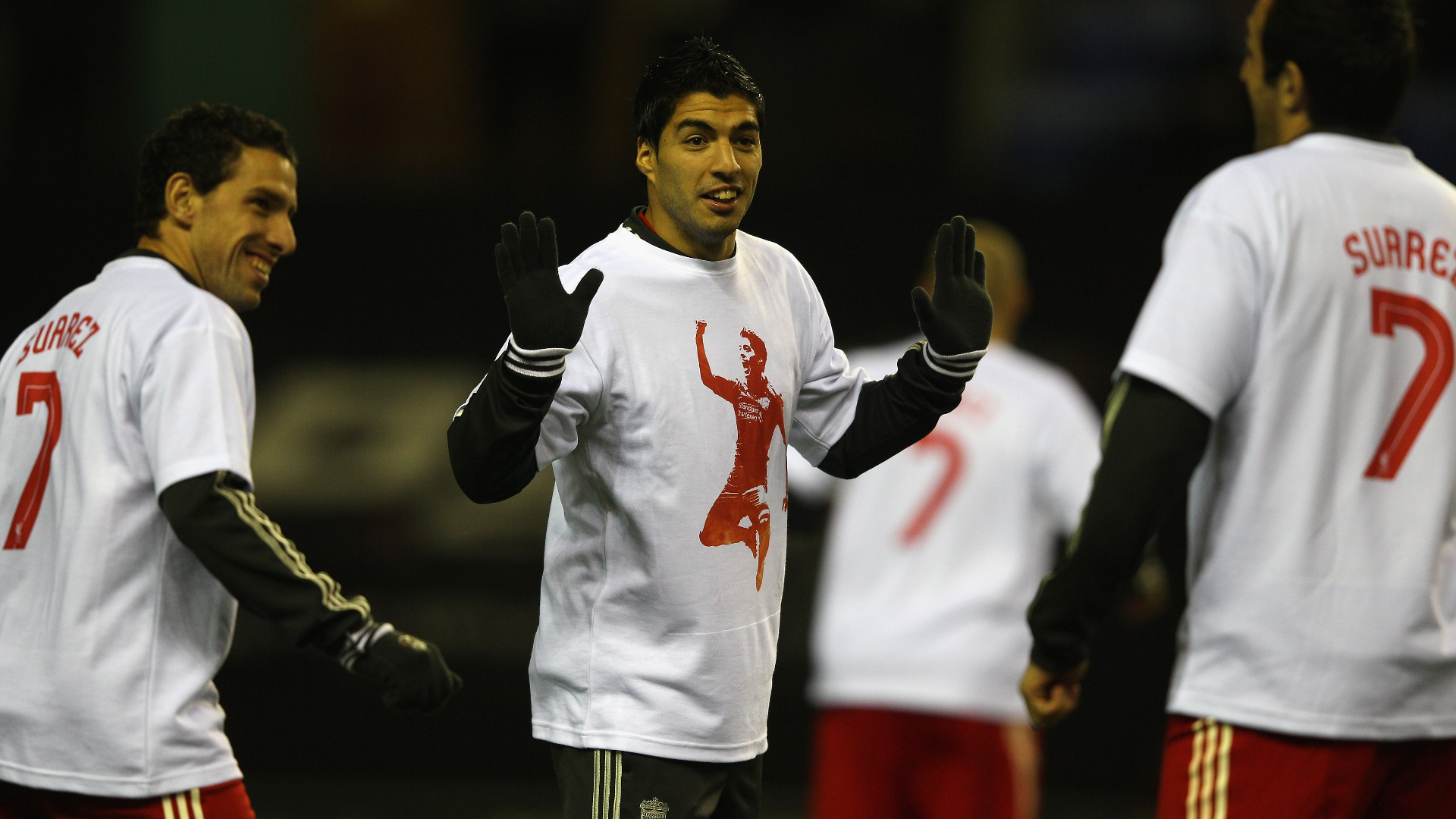 “I am not lying on that and saying ‘I wasn’t a part of it’ because, as a club, we got it wrong and we were all part of it. I was vice-captain.”But that was the first I had heard of it that afternoon. So, I am not sure who was actually behind it. I know you mention the manager, but I don’t think Kenny had anything to do with it, to be honest, it was the players who Luis was close to in the dressing room who really wanted to support their mate and their friend.”What I would say is that maybe I, as an individual, lacked the courage to say I wasn’t wearing it. Because once the squad has decided… I have to look at myself.”I didn’t have enough courage. Maybe there were others. I don’t think everybody within Liverpool thought that what we were doing was right. But, as a family, as a football club, your first reaction – no matter what someone does – is to support them even if they are wrong. And that is wrong.”I am not condoning it, but that is the first reaction. Apologies. We got it massively wrong.”Suarez ended up leaving Liverpool in 2014 to join Barcelona while Evra concluded his career with stops at Juventus, Marseille and West Ham after departing United in 2014 as well. Subscribe to Goal’s Liverpool Correspondent Neil Jones’ weekly email bringing you the best Liverpool FC writing from around the web